Busy past couple of weeks for the Fully Loaded Team!

The past couple of weeks the Fully Loaded Team has been busy with, pulling, maintenance on the tractor,a and participating at several NAPA Auto Parts Stores for meet and greets!

We start off first in trying to catch up the webpage at Freeport Illinois where the Fully Loaded Team takes a second place finish in session one and then ends the weekend finishing 6th place.

The team then travels on the following weekend to Henry Illinois. The team had hoped for better placing, but ended up in 7th place but 5th place points standings in the Lucas Oil PPL Champions Tour points.

After these two events the team managed to remain first in points on the national circuit!

During the down time between Henry Illinois and Goshen Indiana, which were about two weeks apart from each other, the team did some preventative maintenance on the Fully Loaded as well as upgrading some rear end parts from heavy cast part to billet aluminum rear end housing cover and differential carrier! These we all made by Bill Humphrey at Humpco Machine in Salem Ohio. 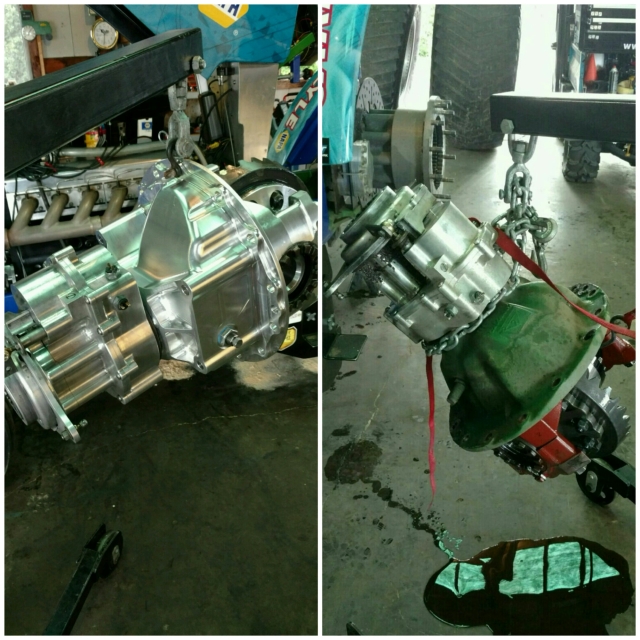 As you can see, quite a bit of difference! This will allow approximately 70 or so lbs of increased moveable weight for the Fully Loaded. This is a big help when itcomes to attempting to properly balance the tractor at various events.

During our off weekend, on Friday, the team traveled to Carnegie, PA where we were setup on display at NAPA Auto Parts of Carnegie. It was a great time, but super hot! But fun was still had by all who attended. 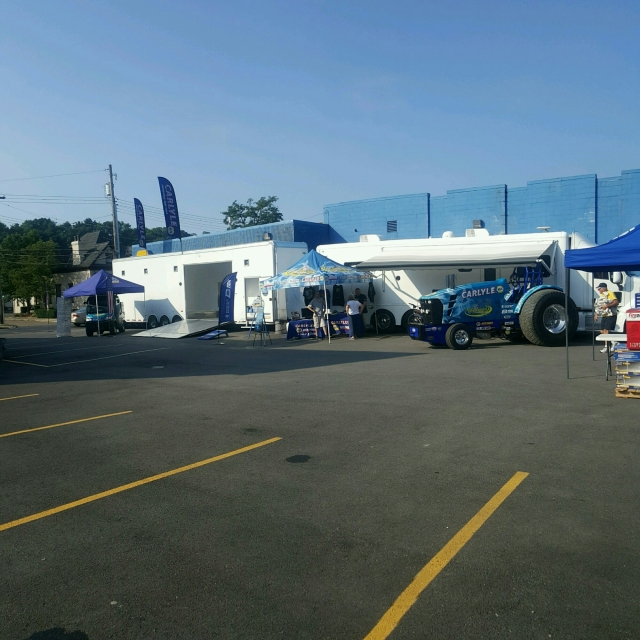 The very next day, the team arrived in Adrian Michigan for a meet and greet ad the Lenawee County Fairgrounds Adrian/Blissfield NAPA Auto Parts Store annual Cruise-in Car and Motorcycle Show! Boy were there some neat cars there! We met a lot of great peoplewho, some who really didn’t know much at all about the tractor pulling sport. It was fun to share and explain to them exactly how our sport works! 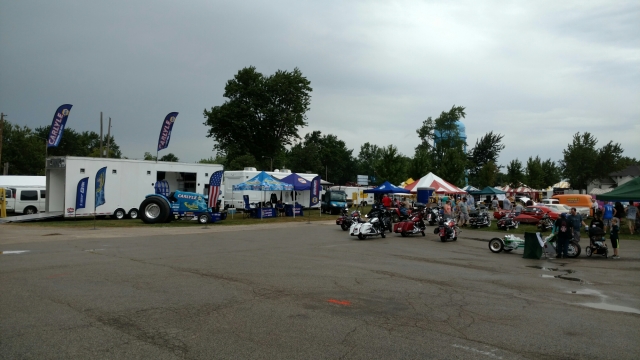 Moving on to our next event at Goshen, Indiana!