Tough time in Evansville, Indiana. The Fully Loaded drops to 2nd place in the National Points after a six place finish.

After driving five and a half half hours, riding on cloud nine from our win at Goshen Indiana, the FLPT pulls into a very wet/rain soaked fairgrounds in Evansville, Indiana at the Vanderburgh County Fairgrounds. And then, to make it worse, another heavy rain storm rolled through around 3pm pull day. Heavy rains flooded the gravel pit area and it was almost a for sure thing that we would not be able to pull. 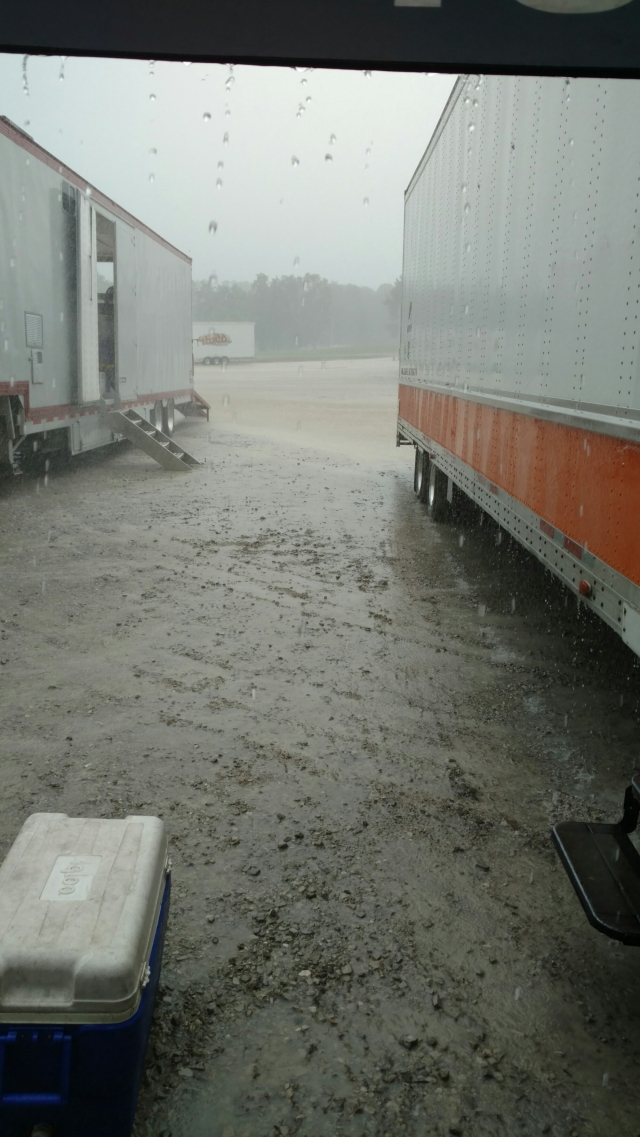 The rain stopped and drivers meeting was held. The track had been sealed up prior to the rain storm and the decision to continue on with the pull was made!

The Fully Loaded was third hook and then became the second official hook in the class, as the class was restarted because of a change in the sled. As we took advantage, as best we could, to see how the two tractors before us did based on their track location, we decide to set the sled on the middle to middle right side of the track. We were aware of a couple of “loose” spots in the center of the track around the 150-225 foot mark, but we thought we were far enough to the right to avoid them.  It turns out…. that we were not. We wound the tractor up and the engine was sounding great just like he night before and we began our pass down the track only to be sucked hard to the left and had to use the right brake in order to keep the tractor as straight as possible and to stay in bounds. By doing this, it took quite a few feet off of our distance, leaving us with a six place finish. 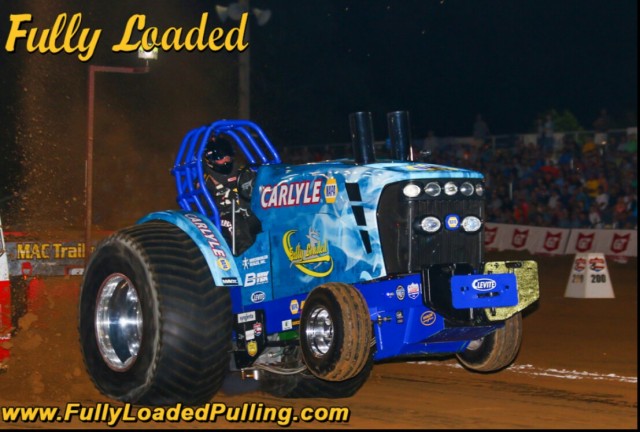 We went into Evansville Indiana with a two point lead over “Taking Care of Business” driven by Aaron Hull. Aaron ended up in first place in Evansville, Indiana which now leaves the Fully Loaded Team second place in the National Points, trailing first place by six.

The team travels to Hillsboro, Wisconsin for their next event, the Hillsboro Charity Pull August 12-13th, hopefully to take bake the lead in the National Points Race!