Holly cow! The Midwest Summer Nationals in Freeport Illinois was definitely a hot one on Thursday! The team installed a new cam shaft from Riverside Engines Inc. After making some fuel adjustments, we made a short test run at the conclusion of the afternoon session. Everything seemed to be in order but we found we could lean the motor out on fuel. So back to the pits we went and made those adjustments for our official run in the evening session.

The team made a real nice pass and ended up in third place! Another podium finish!

We learned from the pass we made that we needed to make some more fuel adjustments. After checking everything out and not finding any issues, we were ready to go for Friday’s session of the Midwest Summer Nationals! 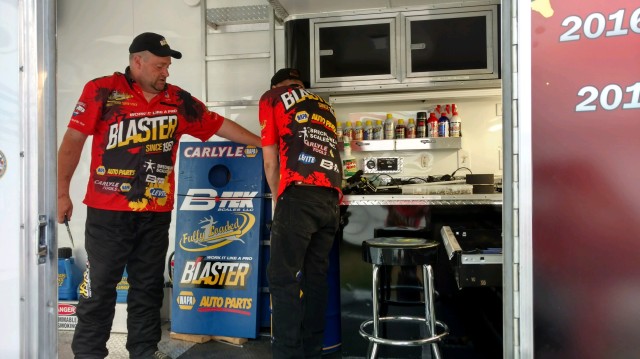 Friday came and brought with it some cooler temperatures and a little bit of a very welcomed breeze when compared to Thursday. Much more tolerable weather!

The team headed to the scale, being towed up the hill from the pit area by some of the best track crew around! Hats off to the crew of the Midwest Summer Nationals! They did an awesome job with the track and the organization of all their crew people and the way they were able to get all of the pullers to the hot pit area was terrific! Great job guys! 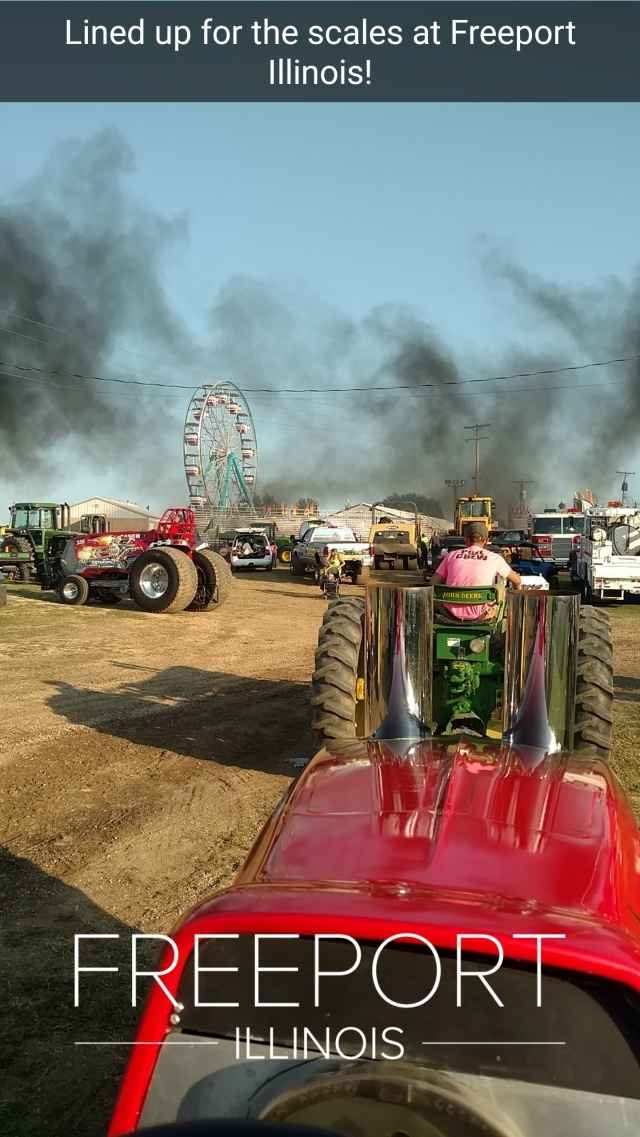 The Fully Loaded team was next to last to hook in the Friday session. The track was different from the awesome track condition of the previous evening. Looking back on it now, we probably did not chose the best location on the track. The pull was a very nice pass… Front end carried well, weights and tire pressure was just about right and the motor ran great. Didn’t even have to touch a brake to keep straight. But our distance wasn’t as good as we would have liked. We ended up Fourth place. Still not bad, but we were hoping for better!

Next stop is Henry, Illinois at the Marshall/Putnam County fair pull! The America’s Pull with the Lucas Oil Pro Pulling League! See you there! 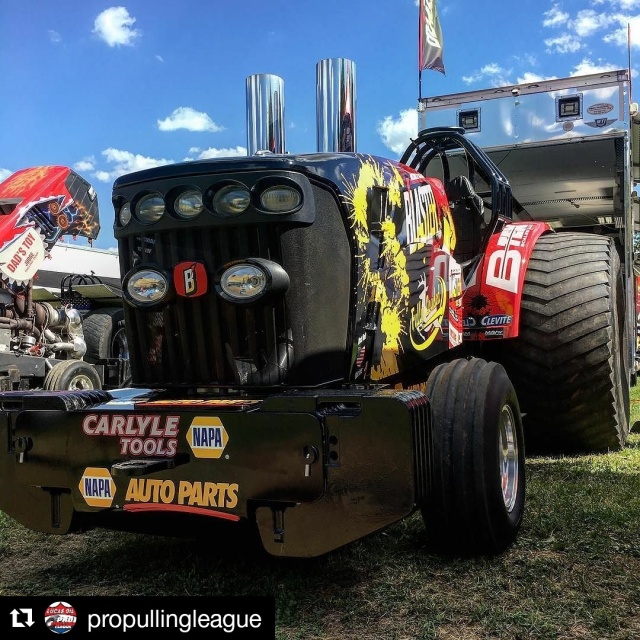